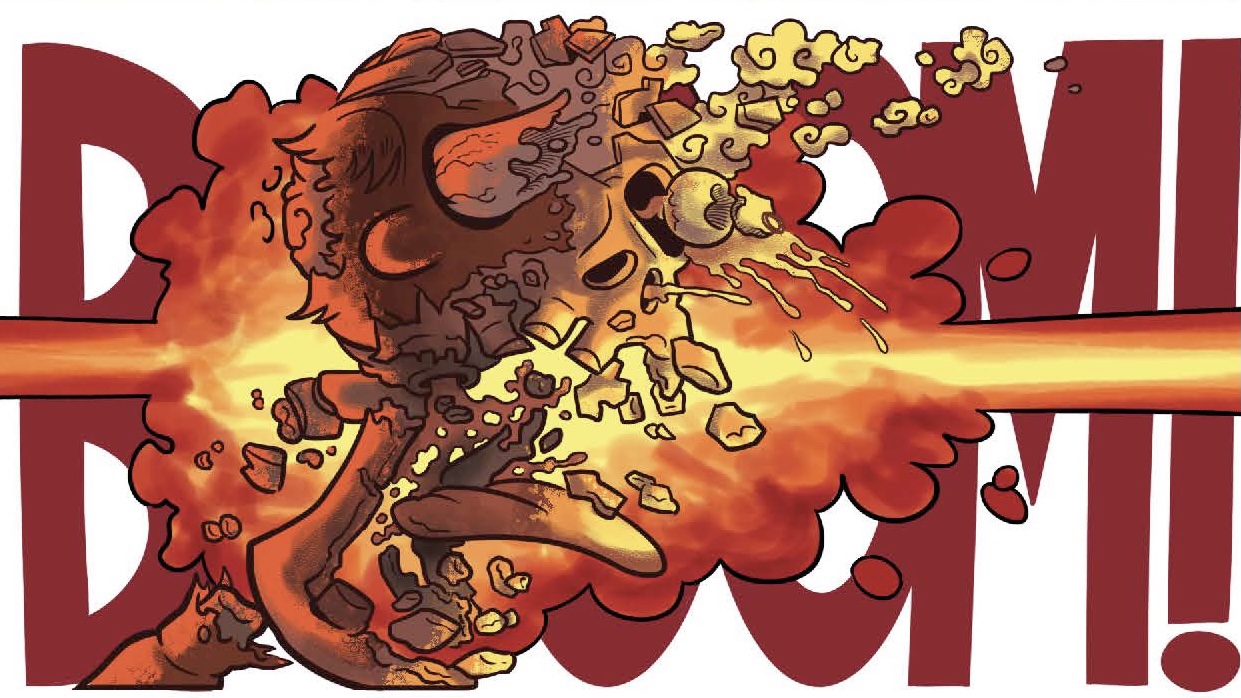 Band of Bards is excited to the max to announce our debut in Previews as a vendor with Diamond Comic Distributors with PROSPECTS by Max Mjernik (writer) & Jean Franco (artist).

PROSPECTS is a 9 issue series about Ridgeville, a town held captive by two mad scientists in their 150 year war, told through the lives of Colin and Andrew, two Ridgeville citizens on the opposite end of the prospects spectrum. While Colin, a 30 year old who has been passed over all his life, and Andrew, the greatest prospect in generations about to graduate high school, navigate their lives they are constantly reminded that the evil geniuses Edwin Grabovski and Victor Farsimov have total dominion over what happens in Ridgeville.

Who could possibly rescue this sleepy town after over a century of brain drain, where every citizen with any aptitude or talent is drafted into either Grabovski’s army of zombies or Farsimov’s army of cyborgs as the mad scientists battle for supremacy in the search for immortality?

August’s edition of Previews goes live on July 22nd and you can use order code AUG221234 for PROSPECTS #1.

Band of Bards is an independent publisher of comics and graphic novels formed in March of 2021 by Tim Stolinski and Chris Benamati. Based in Buffalo, NY we are committed to publishing stories with a focus on Representation, Inclusion, and Diversity. We support creator-owned IP and intend to foster community, and change through intentional publishing.

REVIEW: Intertwined
THE SLOTH HORROR-SEQUEL OF THE SUMMER IS LIVE ON KICKSTARTER
Sponsor