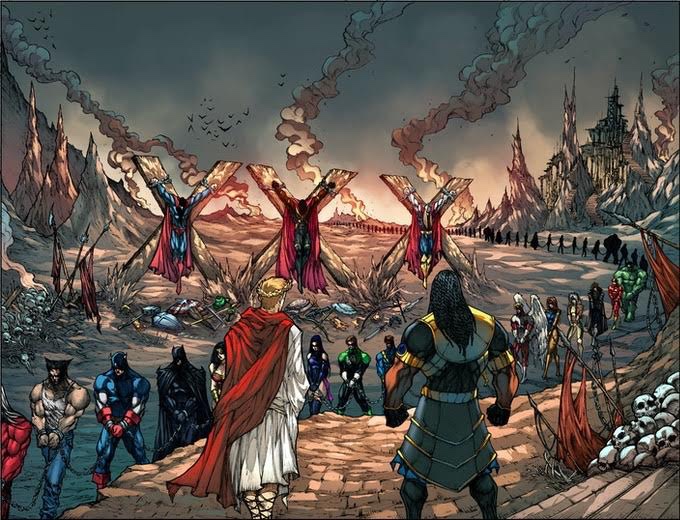 Wingless Comics returns to Kickstarter with its latest offering, Justice #1-3. Described as the continuing saga of the angel named Justice as he learns that the line between Heaven and Hell isn’t as black and white as was told, Justice is an action/adventure/fantasy comic reminiscent of the dark and gritty period of 90’s comics. With influences ranging from Frank Miller to Todd MacFarlane, Justice is a gothic storytelling journey.

As Justice tries to unravel his memories, Issue 3 sees him travel to the depths of the underworld. Will Justice survive a place where angels fear to tread? Previously unknown players reveal themselves and Justice comes face to face with his life prior to descending, but he finds strength in the most unlikely of places.

Featuring the talents of award-winning author Brian J. Lambert, along with the illustrations of Fabio Simao, colors by Nestor Redulla Jr., and letters by RuneMakerz, Justice #3 from Wingless comics is a story unlike any other. Wingless Comics’ award-winning group of diverse creators is excited to bring the new slate of stories to life.

Justice #1-3 will be live on KICKSTARTER from Tuesday 5/17/2022-Wednesday 6/15/2022.  That campaign allows you to catch up on ALL Wingless Comics offerings at affordable prices, and even the chance to cameo within the pages of our books! The live link is below:

Brace Yourself! Space Vikings Are Getting Into Action in an All-New Comic Book!
REVIEW: Black Spartans Ch. 1
Sponsor