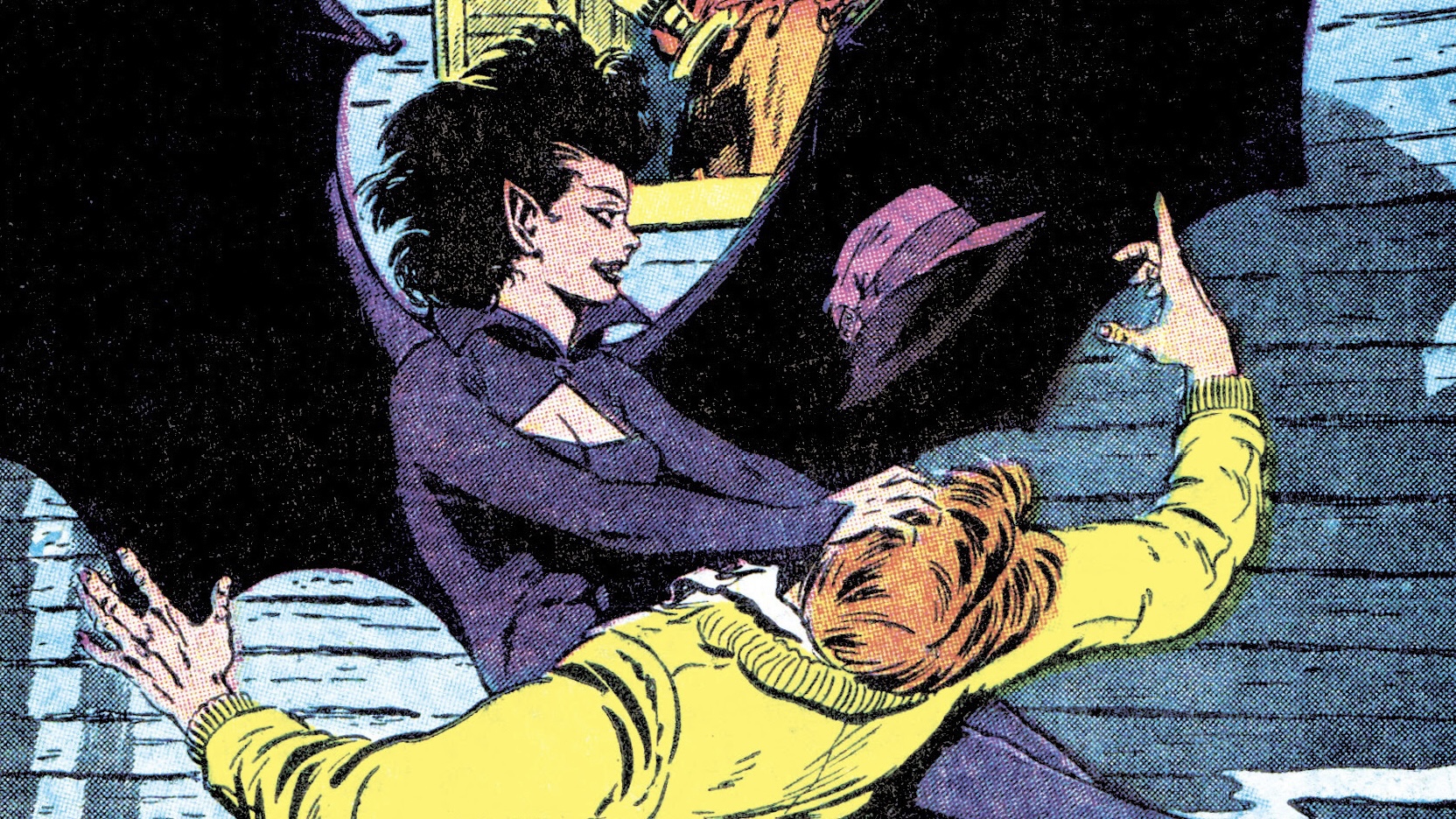 “I’m very excited to offer this Skinner cover to comic shops. We did a variant SKINNER cover to VAMPIRES #1 for the Kickstarter that was limited to 200 copies, ” explains publisher Frank Forte, ” we wanted to offer the image to comic shops so we did a variant color version with a different back cover (by me) so the Kickstarter version would still be a different version.”

Fans who want to order the Vampires #1 Skinner variant can do so at the Halloween Horror Box Pre-order store at Backerkit. The print run is limited so order soon.
https://halloween-horror-box.backerkit.com/hosted_preorders

“Sketch covers are also popular, so we wanted to offer fans a chance to get their favorite horror artist to do a pre-code horror sketch on the cover of vampires #1, ” Frank Forte continues, “what could be better than original pre-code vampire horror??”

The Diamond Comics Distributors pre-order cut – off date is 4/18/2022, so get your pre-orders in now at your local comic shop. Or you can do it online at the Previewsworld website.

ABOUT ASYLUM PRESS
Founded in 1999 by Frank Forte, Asylum Press is a unique publishing house specializing in high profile projects from some of the industry’s biggest names. Publishing superhero comics with Warlash: Zombie Mutant Genesis, continuing their tradition of horror with Undead Evil, Satan’s 3-Ring Circus of Hell, the upcoming Asylum of Horrors and Beyond Lovecraft, venturing into dark humor with Billy Boy The Sick Little Fat Kid and The Cletus and Floyd Show, Asylum Press continues to be on the cutting edge of comic and graphic novel publishing.
For more information on Asylum Press, check out the official website at
http://www.asylumpress.com