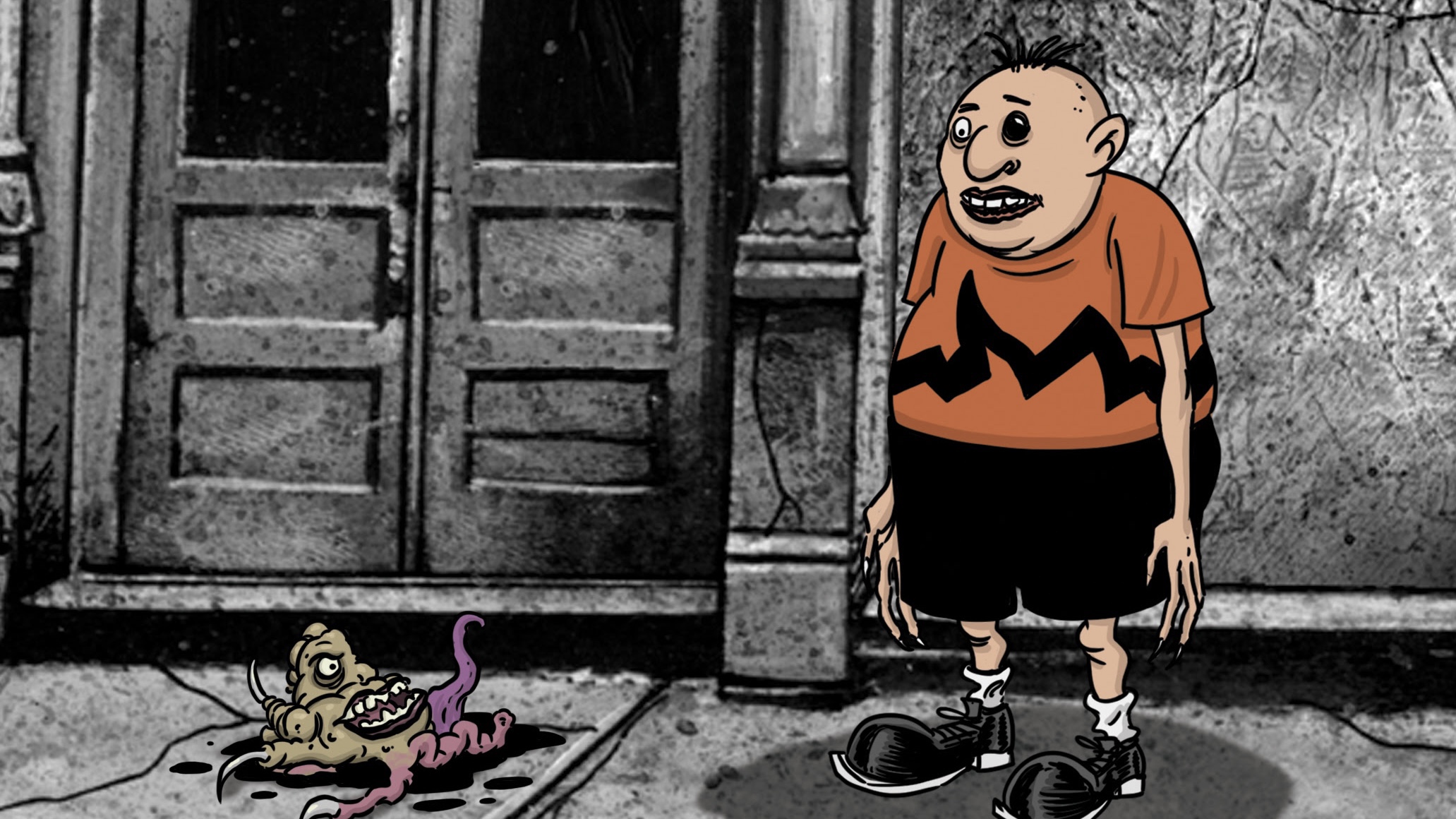 Billy Boy: The Ghastly Nightmare #1 chronicles the dark and disturbing tale of a delusional young boy who see horrible visions, hallucinations and monsters…too bad they are REAL! In this one shot, Billy Boy stumbles upon a black magic talisman. The amulet takes him on a wild ride into a dark world where he is chased by demons, bulbous tentacled creatures and wicked old witches. Will he survive? If he does he will never be the same. Drawn in a dark cartoony style, this is David Lynch meets Fleischer Animation Studios! Fully painted in color by writer/illustrator Frank Forte.

“I’m very excited to be working on this crazy one-shot”, explains creator Frank Forte, “I love exploring the twisted world of Bill Boy and this is another example of what horrors one can experience within the mind.”

Number of Issues/Volumes in Series: 1

Frequency of Publication: ONE SHOT

ABOUT ASYLUM PRESS
Founded in 1999 by Frank Forte, Asylum Press is a unique publishing house specializing in high profile projects from some of the industry’s biggest names. Publishing superhero comics with Fearless dawn, Warlash: Zombie Mutant Genesis, continuing their tradition of horror with Undead Evil, Satan’s 3-Ring Circus of Hell, Asylum of Horrors and Beyond Lovecraft, Undead Evil, and venturing into dark humor with Billy Boy The Sick Little Fat Kid and The Cletus and Floyd Show, Asylum Press continues to be on the cutting edge of comic and graphic novel publishing.
For more information on Asylum Press, check out the official website at
http://www.asylumpress.com