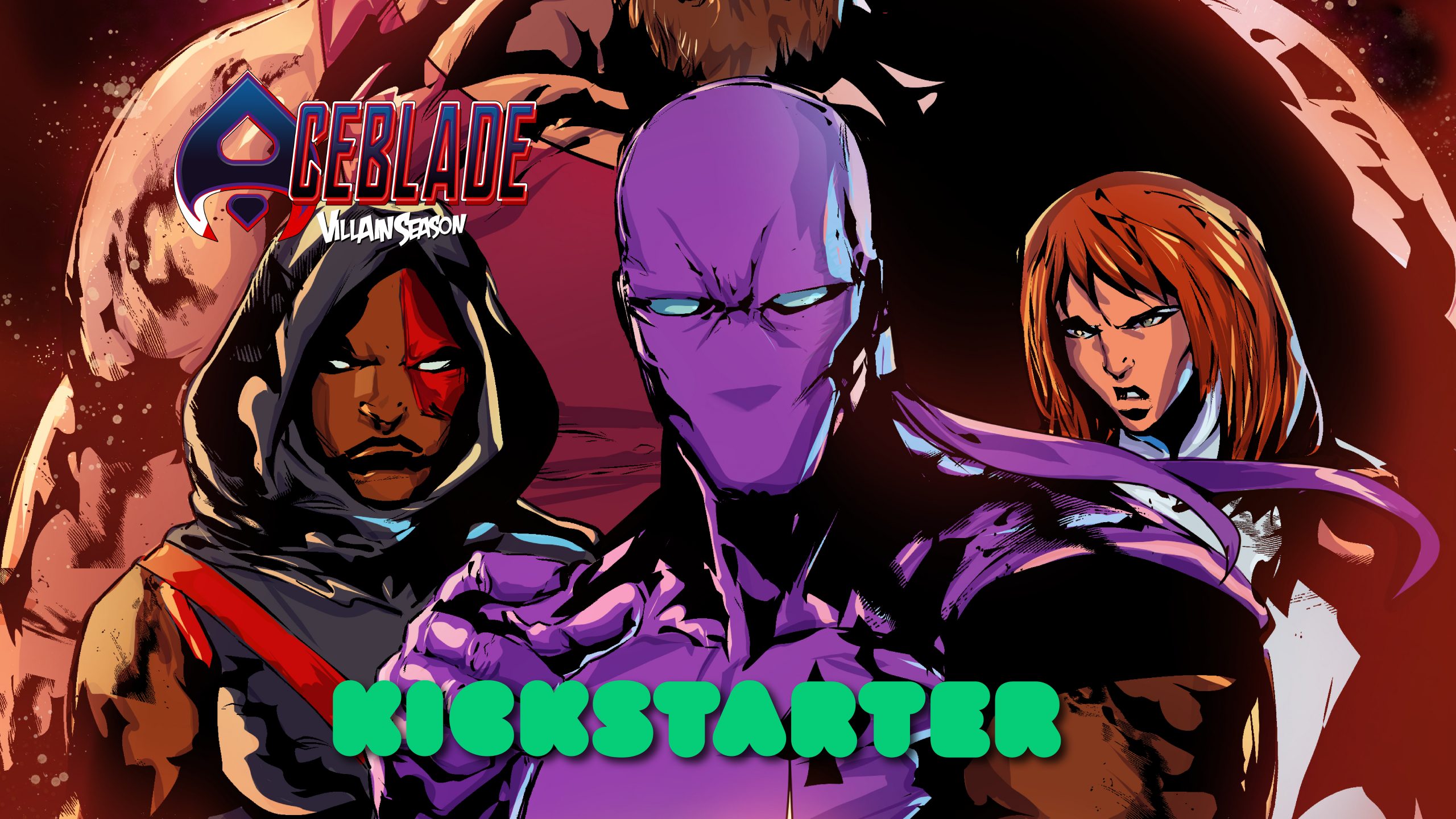 Even though Danny’s former Publisher Short Fuse Media group closed its doors in May of 2021, Danny is only looking forward to new beginnings. “There’s no bad blood or beef” Danny posted on his Facebook page last week. Seeing his newfound independence as a opportunity instead of a setback, Danny chose to move forward with his self published title “Aceblade” after 3 years of development.

Superhero “Aceblade” battles 4 supervillains in one night. If a hero breaks his moral code, does he become a villain in his own comic?

Independent, Black-owned publisher 4th Wall Productions launched their Kickstarter for their flagship comic Aceblade on July 4th, 2021. Hoping to reach a funding goal of $5,646 in 30 Days, the company CEO Danny J Quick is hoping to release the first Aceblade title in 3 years. Company president and lead writer Danny J Quick states the crowdfunding campaign funds will go towards the publishing, marketing and distribution of the fifth issue of the mildly popular creator-owned series.

With 4 Variant covers and a host of Merch options as Rewards, This Aceblade comic is the Army Veteran’s biggest project yet. In the 3 years since the last Aceblade title was funded, Danny has developed his heroes and villains in a podcast alongside co-creator Morgan Iverson called “The Super Shorts Podcast ” Where they tell Superhero Short Stories. The 3rd Season of the podcast “Villain Season” spawned a few fan favorites like “The Preacher” and the two part “Regret is A Myth” Featuring BlackJak.

Aceblade is a fictional Superhero adventure about the powerful and the powerless. Aceblade fights crime in a city of superpowered women and men while having no powers of his own. His first year of fighting crime has made him frustrated at the lack of progress in Vegas City, and he’s almost ready to give it up. A proposition from Gutshot, to earn the type of money that can make a real difference, has our Hero at a precarious crossroads. Is it possible to do something bad for a good reason?

On this particular night, a challenge has been put out. A million dollars to anyone who can beat these villains. Should Aceblade take the bait, and can he survive the toughest fight of his life.

Let us introduce you to the main characters!

Check Out The Kickstarter
Liked it? Take a second to support ICD on Patreon!