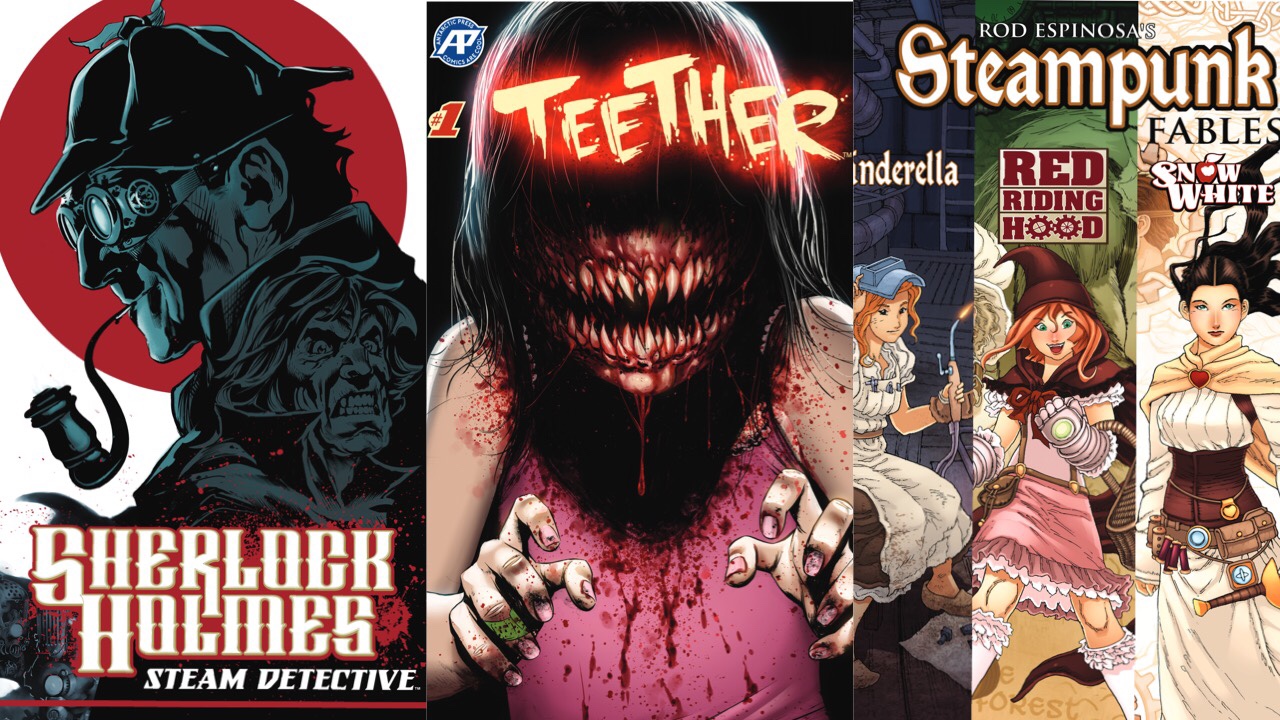 Indie Comix Dispatch is excited to be partnering with GlobalComix, a free digital reading and distribution platform that helps creators and publishers share and sell their comics, license them globally, and understand their readers on a deeper level.

As part of this partnership, ICD will be bringing you special features on indie creators, publishers, and more, who also happen to be on the GlobalComix app! Another bonus of this new partnership is allowing our readers to score a free week on GlobalComix!

Using the code and link below, the first 10 readers will get a week of unlimited reading access to all content on GlobalComix. This code is only valid until July 19th at 11:59PM EDT. So, after you read about the featured titles below, you can head on over to GlobalComix and read them right away!

Comic-booking close to 40-years, Ben Dunn and Joe Dunn, they’re bros, founded Antarctic Press in December 1984. Their ongoing mission has been to publish the coolest creator-owned comics on Earth. (Hence the name)

Over the decades Antarctic Press has produced thousands of titles with a total circulation of over 5 million. Among their titles are some of the most respected and longest-running independent series in comics today, like Ben Dunn‘s Ninja High School, Warrior Nun Areala (coming soon to Netflix), and Fred Perry‘s Gold Digger. Since its inception, the main goal has been to establish a series of unique, entertaining, and high titles in both quality and profitability. All creator-owned.

And now you can read Antarctic Press on GlobalComix (for free if you use the code)! Check out a few of the featured titles below, and then head over to GlobalComix to check them out!

All about London and the surrounding lands, dastardly and/or desperate men misuse and abuse the steam-powered technological marvels of the 19th century to deceive, defraud, or even dispatch their fellow Britons. It’s up to the dashing detective of 221B Baker Street and his stalwart companion to fire up their gears, both physical and mental, to outwit the villains and save the day!

Story and Art by David Hutchison and Robby Bevard

Presenting a an instant classic from Rod Espinosa, creator of The Courageous Princess and Neotopia and Antarctic Press’s own master of the new-age fairy tale. This collection of timeless tales has been galvanized and refueled to charge full steam ahead with a new angle on these familiar favorites!

Story and Art by Rod Espinosa

Dillon Brown thinks he’s made a friend with new transfer student Lilly Quist. But when the grisly remains of local kids appear, he starts to suspect the new girl has something to do with it. Soon Dillon realizes that an ancient, endless hunger has come to Carol Hill, Indiana in the form of a 10-year-old girl. He and his classmates now have to stop Lilly’s vicious, gore-drenched feast before…

Story and Art by David Hutchison