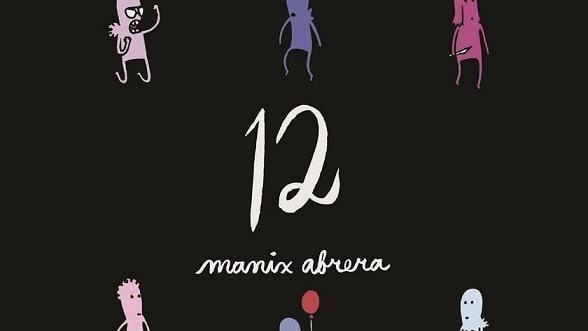 The new release pushes the boundaries of wordless comics with a collection of a dozen short stories told in illustration-only panels.

It will be followed by the release on September 27 of Abrera’s second wordless comic anthology – the supernaturally inspired, “14,” which earned him a Philippines National Book Award.

Each story with its own charm, and intriguing twists – a young man spends his entire

life searching for answers but shock awaits when he ﬁnally gets that eureka moment; someone ﬁnds love that unexpectedly ﬁnds somebody else; two men argue over who goes ﬁrst on an escalator; a mother and daughter ﬁght over a cockroach; a drunk man urinates on a tree and gets a big surprise – making you wonder how these mundane plots can turn out bizarrely, prompting you to reﬂect and crave for more! What is the meaning of life? Is ﬁnding happiness worth it when you lose what really matters the most? Would you even know what matters the most? Embrace pain and sorrow. Hope for love and will for hope.

Manix Abrera’s 12 breaks all language barriers, cutting straight to your soul, touching your heart in ways you cannot imagine.

14 tells the story of a human who mysteriously discovers a 13th floor on his building and finds himself in the middle of a storytelling session among different mythological creatures of Philippine folklore. Together with a partying crowd of supernatural beings, he listens to stories narrated by creatures such as the Manananggal, Diwata, Tikbalang, Kapre, Tiyanak, and even by a White Lady and a Doppelganger. With each creature taking the stage, describing wild stories spurred by their unique, terrifying traits and abilities, 14 is a grand narrative of weird yet wonderful tales, humorous albeit dark and spooky, surreal but unarguably true to the emotions of the heart. Stories like finding love then losing it, searching for happiness, getting lost, staying trapped, wanting to belong, dying to be born again – may all sound too human, but are also being experienced by these mythological creatures.

Manuel Luis “Manix” Abrera (b. 1982) graduated with a degree in Fine Arts from the University of the Philippines Diliman. He is a freelance cartoonist, and is the creator of Kikomachine Komix, his long-running daily strip in the Philippine Daily Inquirer. He also contributes a weekly webcomic, News Hardcore!, for GMA News Online. To date, he has produced 16 volumes of Kikomachine Komix, and News Hardcore compilation volume 1. He also released two wordless graphic novels entitled “12” and “14”. He is a three-time National Book Awardee for his works, “14” (2015), “News Hardcore: Hukbong Sandatahan ng Kahaggardan” (2016) and “Kikomachine Komix Volume 14: Alaala ng Kinabukasan” (2019).