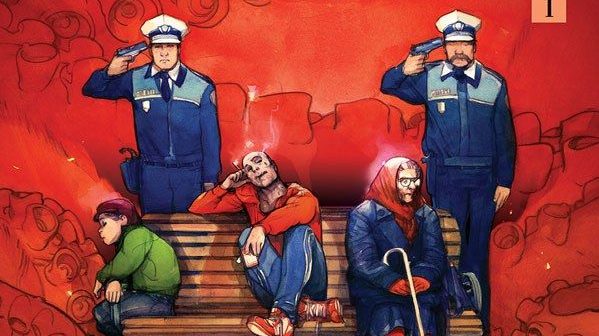 Bestselling writer and producer Mark Millar (Jupiter’s Legacy, Kingsman: The Secret Service) returns to the magical world he created as a live-action Netflix series to release the second volume in the comic book adaptation. Olivier Coipel (Amazing Spider-Man, Thor) was drafted in to draw the first volume in this five book set and delivered one of the best jobs of his career. Now legendary artist Stuart Immonen (Empress, Star Wars, New Avengers) is in the chair for the much-anticipated sequel. The Magic Order 2 #1 will launch this October from Image Comics.

“We’ve been working hard on The Magic Order show and comics for some time, picking all the right partners and trying to do the best job we can,” said Millar. “A bucket-list has been ticked working with Olivier Coipel, a guy I’ve admired since we were both in our twenties, and now Stuart Immonen joins me for the sequel volume. Stuart’s kind of the artist’s artist’s artist. Everyone I know is obsessed with him. So this is above and beyond an honour.”

In this new story arc, a magical turf war like you’ve never seen before! The London chapter of the Magic Order has entered the scene, and these tough Guy Ritchie-style gangsters have a problem with the Eastern European Warlocks moving into their territory. Can new leader Cordelia Moonstone keep the peace?

The Magic Order 2 #1 will be available at comic book shops on Wednesday, October 27

The Magic Order 2 #1 will also be available for purchase across many digital platforms, including Amazon Kindle, Apple Books, comiXology, and Google Play.