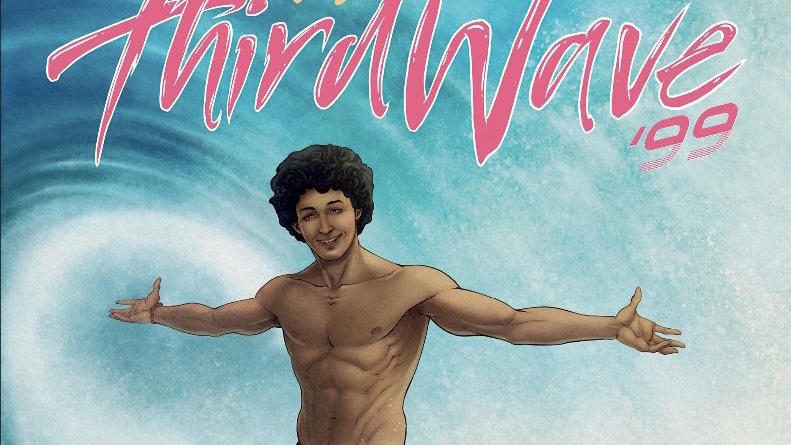 THIRD WAVE 99 wasn’t your ordinary surf shop/clothing company. It initially started off as a support group that helped troubled individuals, young and old, deal with addiction. The group used surfing as a replacement for negative and self-destructive habits, helping reform many lives in a positive manner. The brand developed a cult like following throughout the state of Florida in the late 90’s. Eventually the line was sold off when one of the owners went missing.

Original THIRD WAVE 99 logo designer, Luis XIII, has agreed to handle the art and coloring chores for the upcoming series. Luis XIII said the following about the company he once worked for:

“I am very excited to be part of this brand once again, over 20 years later. I can’t wait to dive head first into the rich history of Third Wave 99. It’s going to be a fun ride.”

Scout’s President, James Haick III, will be writing the series, and looks back fondly on the Florida based surf company:

“I grew up in Florida in the late 90’s and remember owning a few Third Wave 99 t-shirts back in the day. I had no idea until recently the controversy surrounding it. I’m looking forward to exploring the legend of Third Wave 99.”

THUD Hits Comic Shops This November From Scout Comics!
What if The Prestige, Death Note and Psycho Goreman had a decadent lovechild?
Sponsor