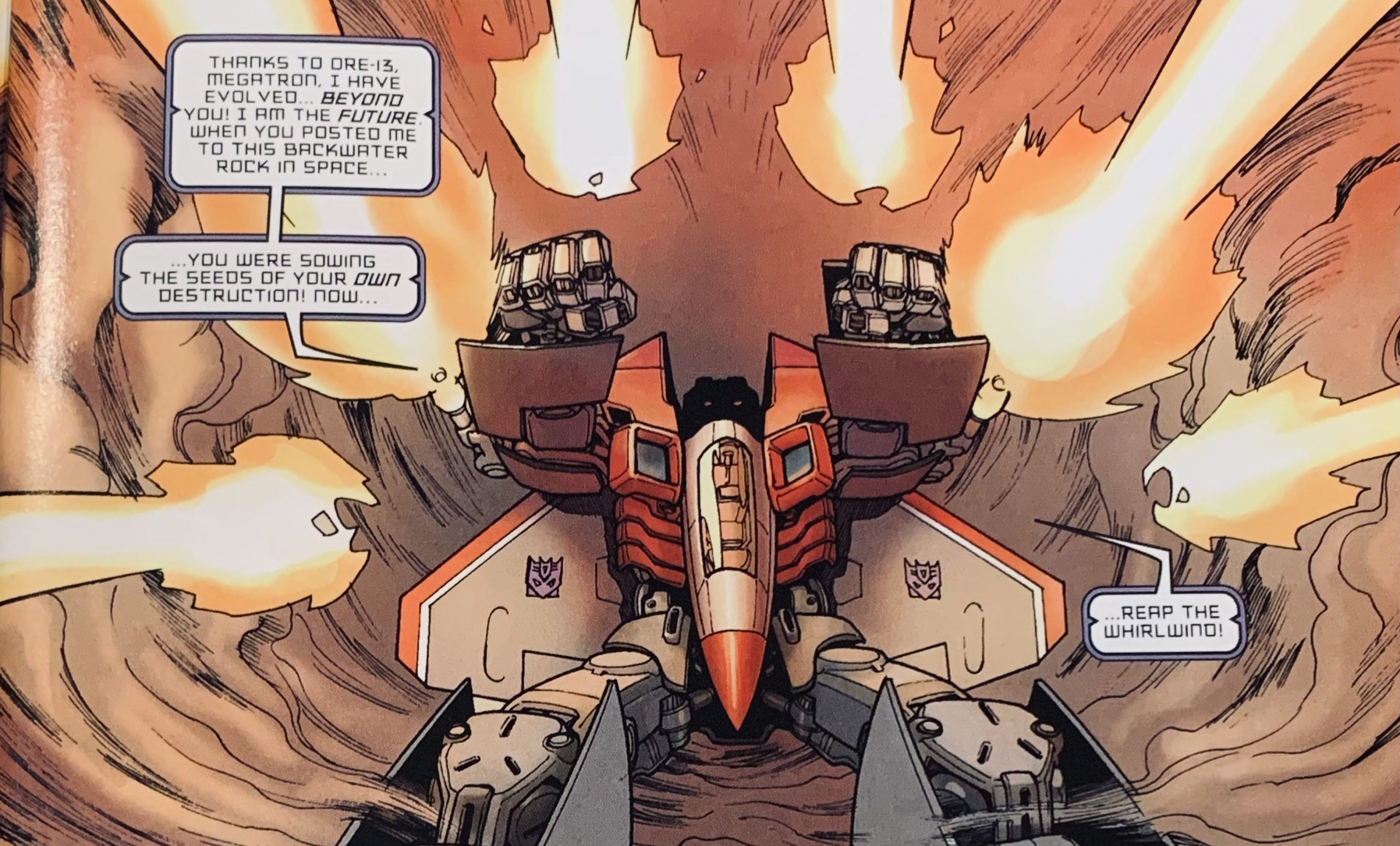 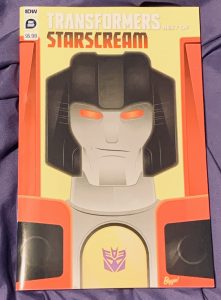 Book Description: Starscream is commander of the seekers. In the ranks of the Decepticons he is second only to Megatron. “Transformers: The Best of Starscream” is a collection that showcases our favorite seeker at his best (and worst) with excerpts from five different issues that span multiple series from the last 16 years.

Starscream is more than capable of holding when it comes to firefights. What makes him stand out is the make up of his character. He’s very intelligent. Given his personality that is a gift and a curse.

Starscream always looks out for himself first. With his quick thinking Starscream always seems to come out ahead when he makes a deal with someone, often to the point where the other party is infuriated. By Starscream’s logic that’s not his problem.

In addition to being intelligent, Starscream is very ambitious. He does not go out of his way to hide his opinion of Megatron’s leadership to the other Decepticons. If Megatron has a flaw in a plan, Starscream is quick to spot it. His lack of tact coupled with his desire to lead the Decepticons generally lead to Megatron ignoring his input, to disastrous results.

In “Transformers: Shattered Glass” we got to see a different Starscream. This one put himself behind everyone else on Cybertron. He worked cohesively with Megatron and got results. He was willing to sacrifice himself for a cause he believed in.

Whether it’s a friend, family member, or coworker, we all know a “Starscream”. They’re that person that can be a colossal ass that nobody likes. They’re also the person that will scream from the rooftops that something isn’t fair.

I didn’t apply ratings to this book. I didn’t feel it would be fair to the creators involved in these projects to paint them all with the same brush by applying one score to the different categories. Nor did I feel it would be right to base the score of this anthology purely on the merits of the artwork on the cover.

As a geek on a budget I believe this is a great book for Transformers fans that don’t have the individual issues that are in this anthology. It has plenty of action, drama, and great moments of our favorite seeker!