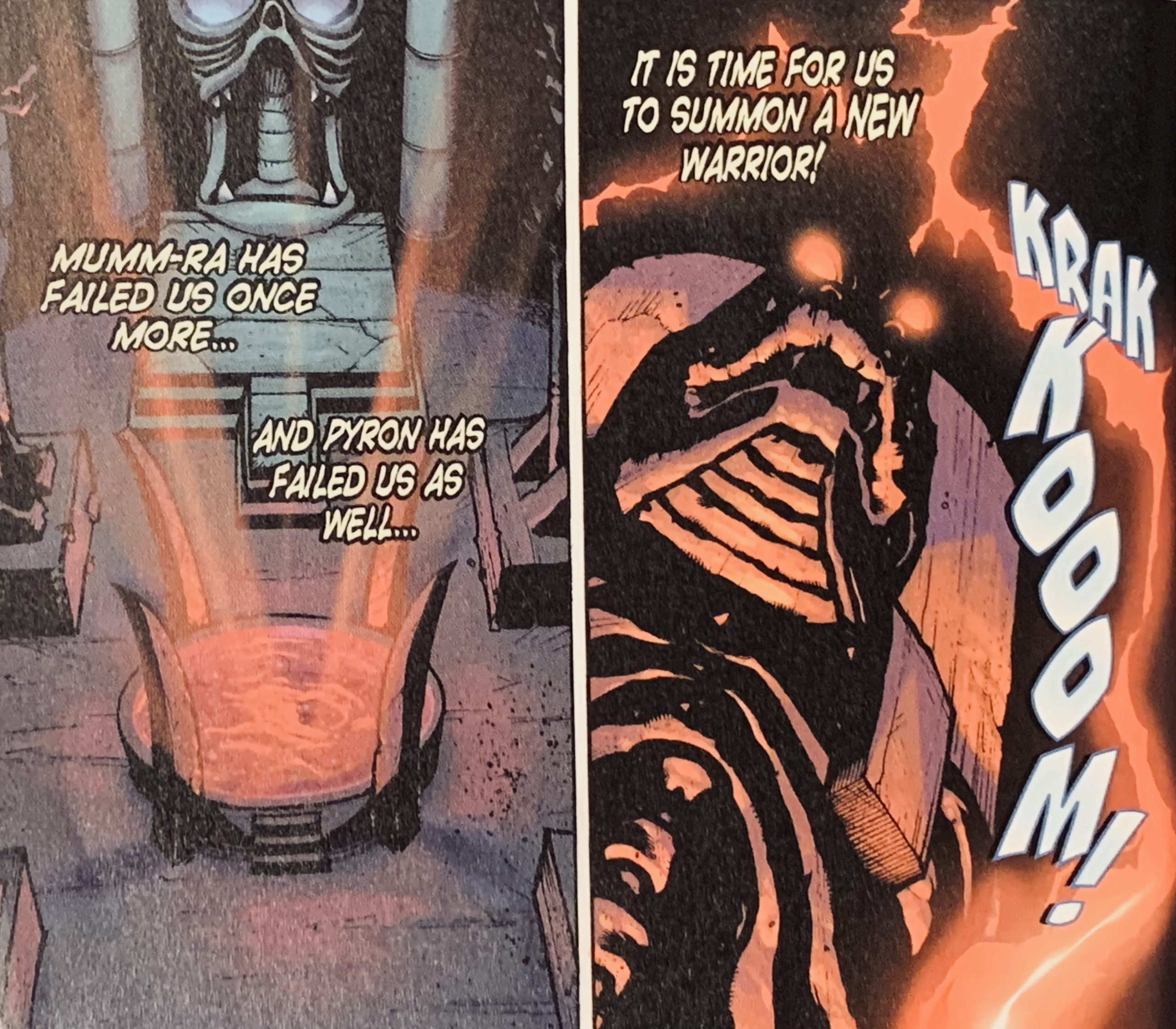 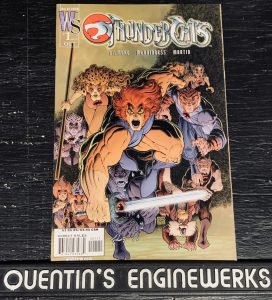 Book Description: “Thundercats” #1 begins on New Thundera. The Ancient Spirits of Evil are tired of Mumm-Ra’s repeated failures. They have called forth a new warrior, Shadowmaster, to take on the Thundercats. If successful, Shadowmaster will be freed from the Shadow Realm. If he fails, he will be banished there for eternity.

Reviewer’s Notes:
After the comic and television series stopped running, we didn’t hear about anything related to the Thundercats for almost a decade. In 2002 Wildstorm picked up where we left off.

The pace is a little bit slower than what we’re used to. I chalk that up to trying to give new readers an opportunity to familiarize themselves with this universe. Once we clear the first few pages the story reads like an episode from the cartoon series.

It was nice to see all of the Thundercats. We get the original group as well as the new arrivals, Pumyra, Lynx-O, and Bengali. With the newer Thundercats in the fold I would have liked to see the Lunataks. Hopefully they’ll be making an appearance in the next few issues.

I liked the work on this cover. All of the characters are very detailed and look like they’re ready for anything. I especially liked seeing Snarf’s intensity. This is a side of him we seldom saw during the run in the 80’s.

The artwork on the interior pages is solid. Characters are easily identifiable. I’d have liked a smidge more detail while we were in the pyramid. As it was I could still hear a musical score playing in my head during that portion of the story.

For a first issue in a series from an established franchise that is closing in on twenty years old it’s surprising to see how reasonably priced it is. There are many copies of this book available for under $10 shipped. That tells me you might be able to raid the back issues at your local comic book store and score it for less than $5. As a geek on a budget that’s a great price to get your Thundercats fix.