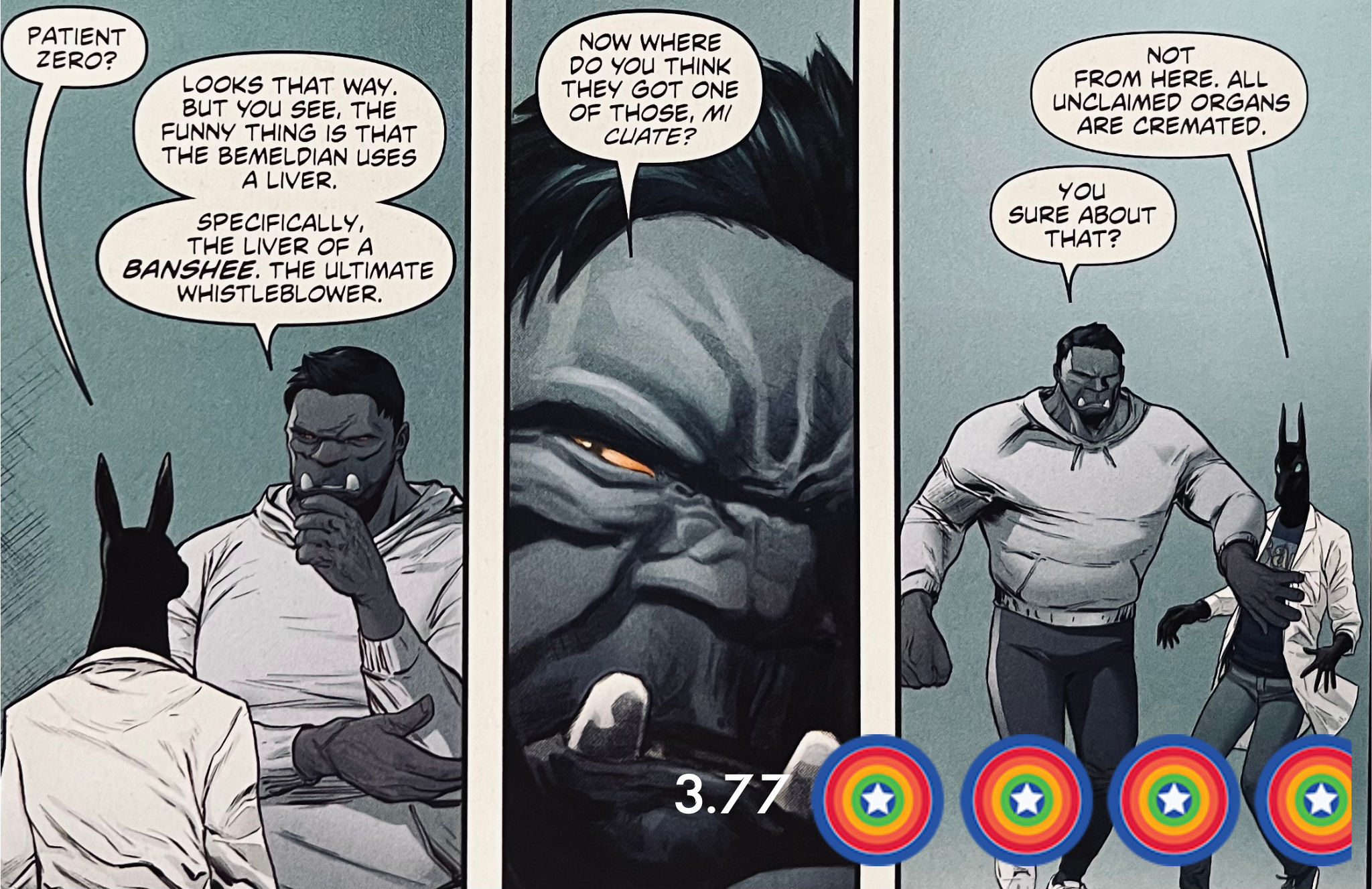 A supernatural epidemic is ravaging Kirton. It’s affecting everyone, humans and preternaturals. About one third of the population doesn’t seem to be falling ill. Dr. Cervantes has a theory about a cure. Dr. Reeves knows that St. Lilith’s can make one. To get what she needs to make a cure for everyone she’s going to have to break some rules.

Issue after issue, “The Ward” became one of my favorite titles that doesn’t have ties to the 1980’s. Cavan Scott does a remarkable job intertwining the events at St. Lilith’s with things happening in characters’ lives away from work.

The character development is exceptional. At this point in the series, these aren’t just characters. These individuals are friends. We share their triumphs as well as their struggles.

I loved how all of Andres Ponce’s covers for this series were relevant to the story. The only thing better than that was how the quality of work didn’t diminish when we got to the interior pages. From a gelatinous cube needing medical attention to a giant giving birth in a sewer to a troll in a street fight, this series broadened our horizons of what we could see in comics. Ponce’s work played a key role in that.

I’m sorry to see “The Ward” come to a conclusion. I truly believed that this series had the potential to be one of the greats. It didn’t need secret identities, a radioactive spider, a cape, or a spaceship. It had a unique setting and an intense plot that could go on for ages without losing steam.

“The Ward” went from something different to read to making my short list for one of the best new titles we had in 2022. As a geek on a budget I highly recommend checking out the adventures at St. Lilith’s.

Breaking In as a Graphic Novelist – Part 1
REVIEW: HELLCOP #3
Sponsor