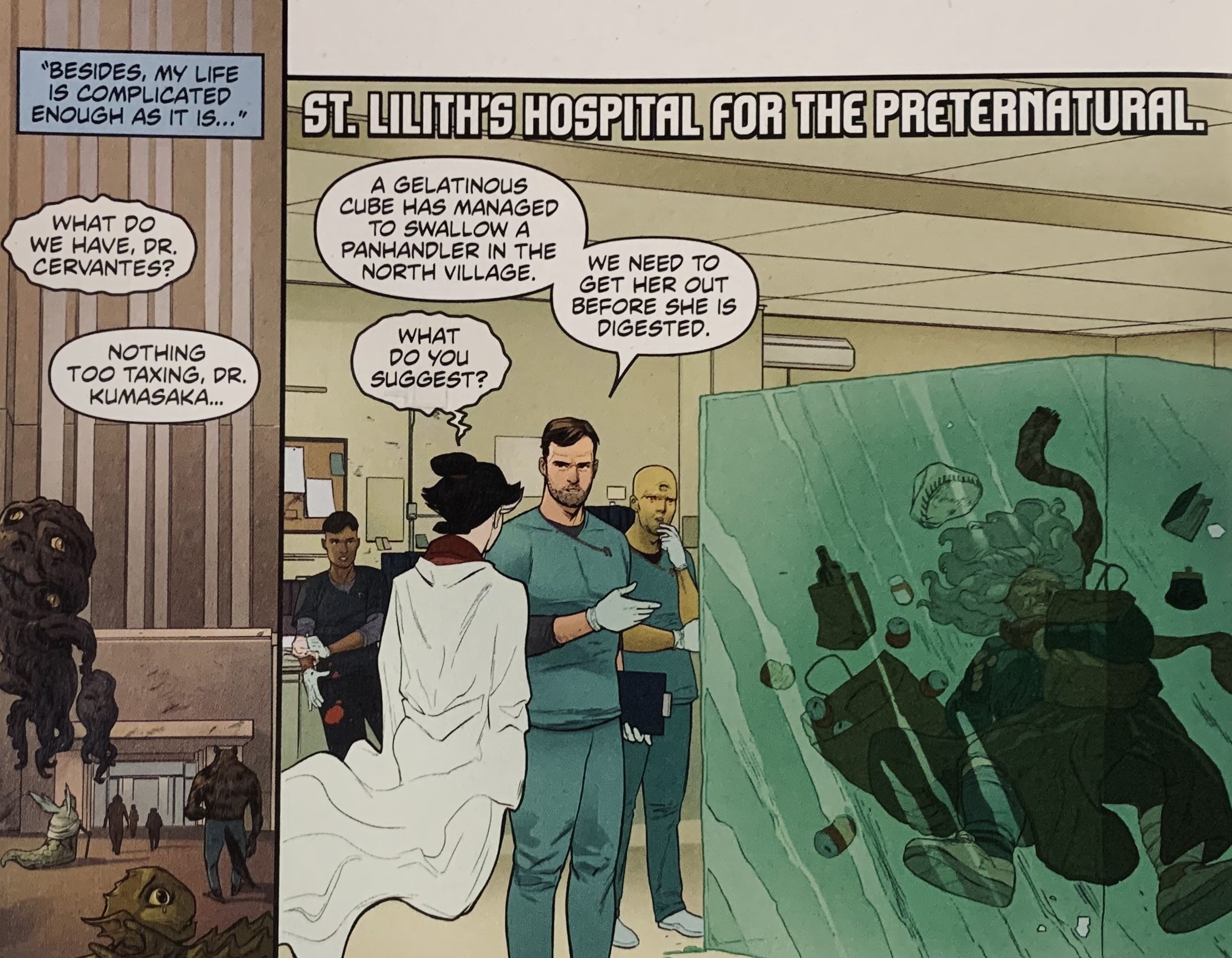 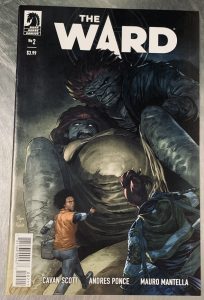 Book Description: Dr. Nat Reeves works at St. Lilith’s Hospital for the Preternatural. The hospital relies on discretion and secrecy to be able to treat its patients. The people of Kirton would be less than understanding and welcoming if they knew some creatures existed beyond the realm of fairy tales. Dr. Reeves is called to the sewers beneath the city beneath the city to help a pregnant giant give birth. What happens when some “monster hunters” from a vlogging website stumble upon the delivery?

I’m only two issues into “The Ward” and it already has gone from a curiosity voyage to a title I eagerly look forward to reading more of. As expected, we’re getting more character development and intrigue as we see the dynamic between our cast of players. It’s clear Nat and Ceri have a history. I’m curious to see if it unfolds the way I think it will.

I’m particularly fond of how many different story lines we have going already. In addition to everything that focuses on Nat we get to see Dr. Cervantes’s struggles. I suspect we’ll be touching on that more in the next installment.

I liked how relevant the artwork on the cover was to the story. With the amount of the story that is centered around Camerra’s labor it’s fitting. As a bonus, for those who are unfamiliar with this title it piques curiosity.

The artwork on the interior pages continues to push the boundaries of our imagination. In addition to seeing a giant in labor we get to see a banshee with a drug overdose and a gelatinous cube receiving medical attention. I can’t think of a title that has ever had anything like this.

The fourth issue of “The Ward” just hit the shelves in comic book stores around the world. There’s a possibility that you can still get the first three issues without paying collector prices! This geek on a budget believes you’ll be glad you did.

DESCEND INTO HORROR HISTORY WITH THE CREEPY AND EERIE ARCHIVES
REVIEW: TRANSFORMERS: BEST OF STARSCREAM
Sponsor