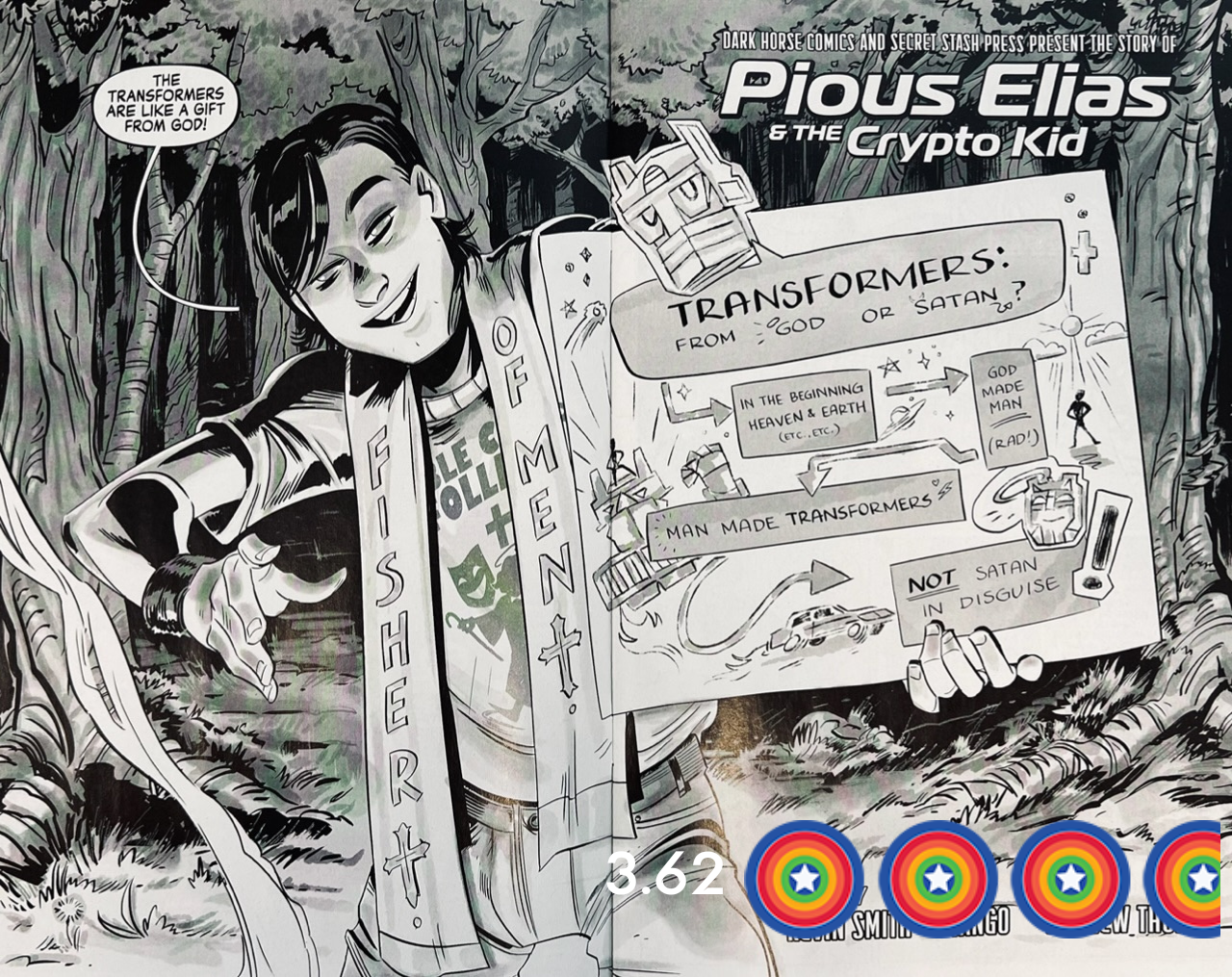 Quick Stops #3 focuses on one of the minor characters from Clerks II, Elias. Elias is that rare combination of geek that embraces od as much as he embraces the exploits of Frodo, Optimus Prime, and Luke Skywalker. He’s a great guy; but he has a knack for being extremely socially awkward.

This issue begins in 2005 with Elias at bible camp. He’s explaining to the campers how Transformers are a gift from God. Sadly, the campers don’t share Elias’s passion for the topic. A fellow counselor, Myra finds him to be very sweet. Elias would like to take things to the next level; but a troll named “Pillow Pants” is running interference.

We then jump forward to 2022. Elias is still spending time working at the camp and still teaching campers about Transformers. Myra is still working at the camp as well. She has a socially awkward cousin that she believes Elias can help. Afterwards she wants him to fill her in. What can possibly go wrong?!

In a lot of ways I was Elias growing up. Socially awkward. A savant at geek franchises and sports statistics that had a lot of trouble being comfortable interacting with people. For the most part  books, video games, and movies were my friends. We won’t go down the rabbit hole that was my experience of trying to date in high school. The Reader’s Digest version of it makes for a tale of ineptitude and thinking ladies wanted to talk about Star Wars, Transformers, et al at great length.

I liked getting more depth about Elias’s character. In the movie we got hints of what his life was like away from Mooby’s. This issue helps us understand just how spectacularly he was capable of failing to read signals.

I liked how the cover of this issue gives us a brief synopsis of Clerks II. It helps bring the reader up to speed in case they’ve forgotten some of the events that took place. It’s a good reference given how much time we spend with Elias.

Fun Fact – This geek on a budget actually quoted Elias during his wedding vows.