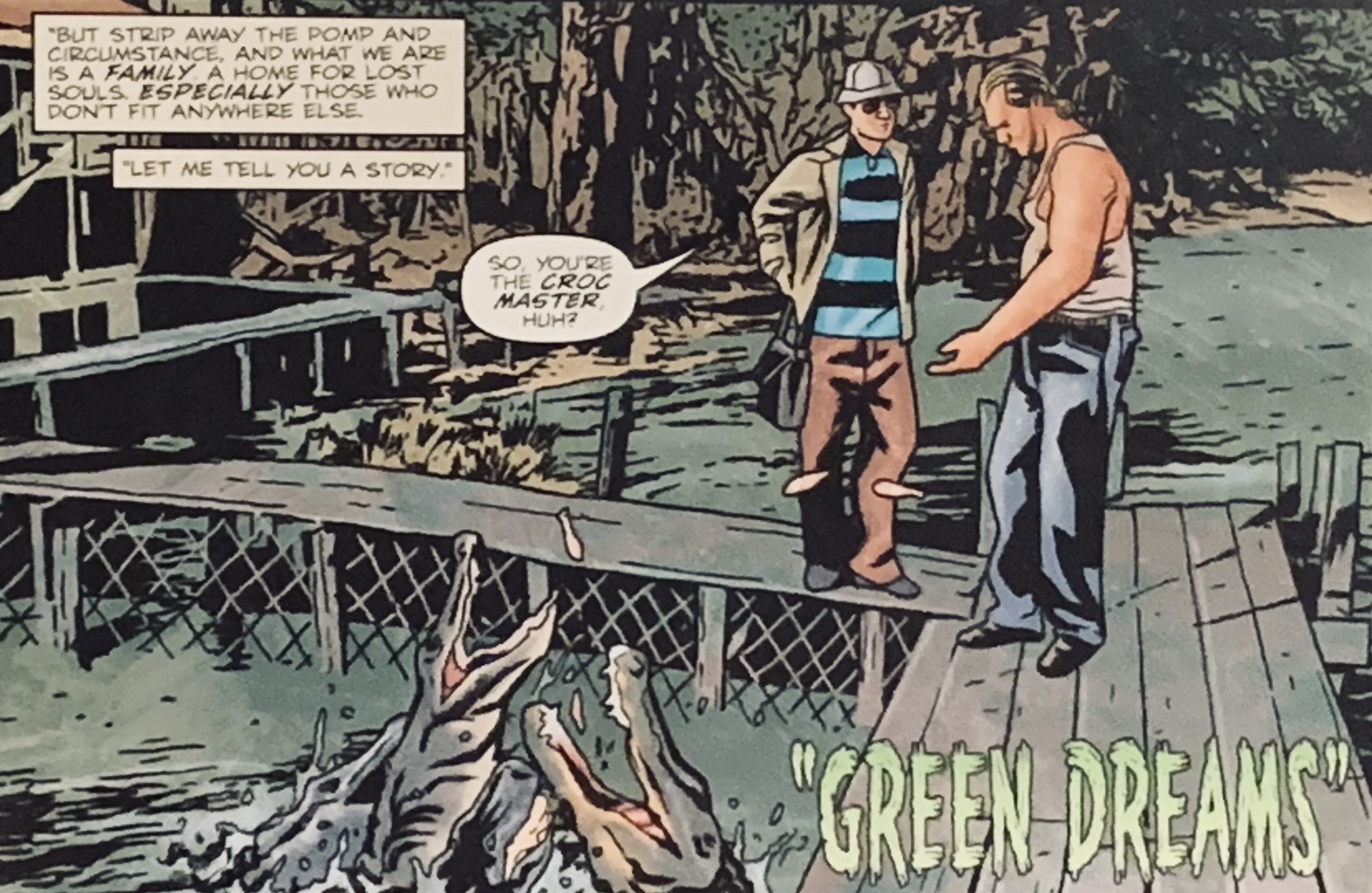 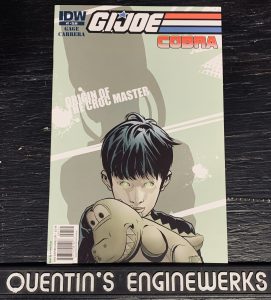 Book Description: In a cast of many unique characters in the G.I. Joe franchise, it’s possible that Croc Master is the most unique. “G.I. Joe: Cobra” #7 gives us the opportunity to watch the life and origin story of Croc Master.We see him as a child, where he is abused and used as slave labor on his father’s alligator farm in the Everglades. During Croc Master’s teen years his father died of natural causes. Naturally a gaff hook to the side of the head and being eaten by alligators will kill someone. From that day on Croc Master has run the farm, controlled drug transport through the swamps, and conducted bits of ecoterrorism when corporations get too close to the farm. Eventually his skill set catches the attention of Cobra and he has an important decision to make.

Growing up I had two other kids in a three quarter mile radius of where I lived. For that matter there were only two other houses in that radius. During the summers the neighbor kids were at their family’s lake cabin, a lot. Without other kids to play with I spent a lot of time readIng  my comics and playing with my action figures by myself.

As time went on I came to familiarize myself with the file cards (dossiers ofeach character that came on the back of action figure packaging) Larry Hama had created for all of the different characters. Croc Master’s struck me as weird and fascinating. I wanted to learn more about him. At that particular juncture he wasn’t getting much air time on the cartoon series. That era in the comics was focused on the events in Borovia and the battle for supremacy in the Cobra hierarchy.

It may be a couple decades late; but at long last I got a story I’ve been dying to hear! There were liberties taken with Croc Master’s origin story. Given how little we had to work from on his file card I knew that would be the case when I saw this cover. Those liberties fill in gaps and help explain who he is today!

I enjoyed this cover. Seeing the child holding a stuffed lizard gave hope for a detailed origin story going back to Croc Master’s youth. It wasn’t the equivalent of click bait. The artt was relevant to the story and I’m grateful for it.

The interior artwork and lettering have the look and feel of the books from the 80’s. This issue checks all of the boxes from a nostalgic perspective. Carrera, Dawes, and Mowry hit it out of the park. Personally, liked the panel with the bulldozers being destroyed.

As a geek on a budget I believe most G.I. Joe fans will enjoy this story. The issue is more than a decade old and easily found on eBay without paying collector prices. This book starts at approximately $6.50 shipped. That is a great price to get the opportunity to learn about such a fascinating character