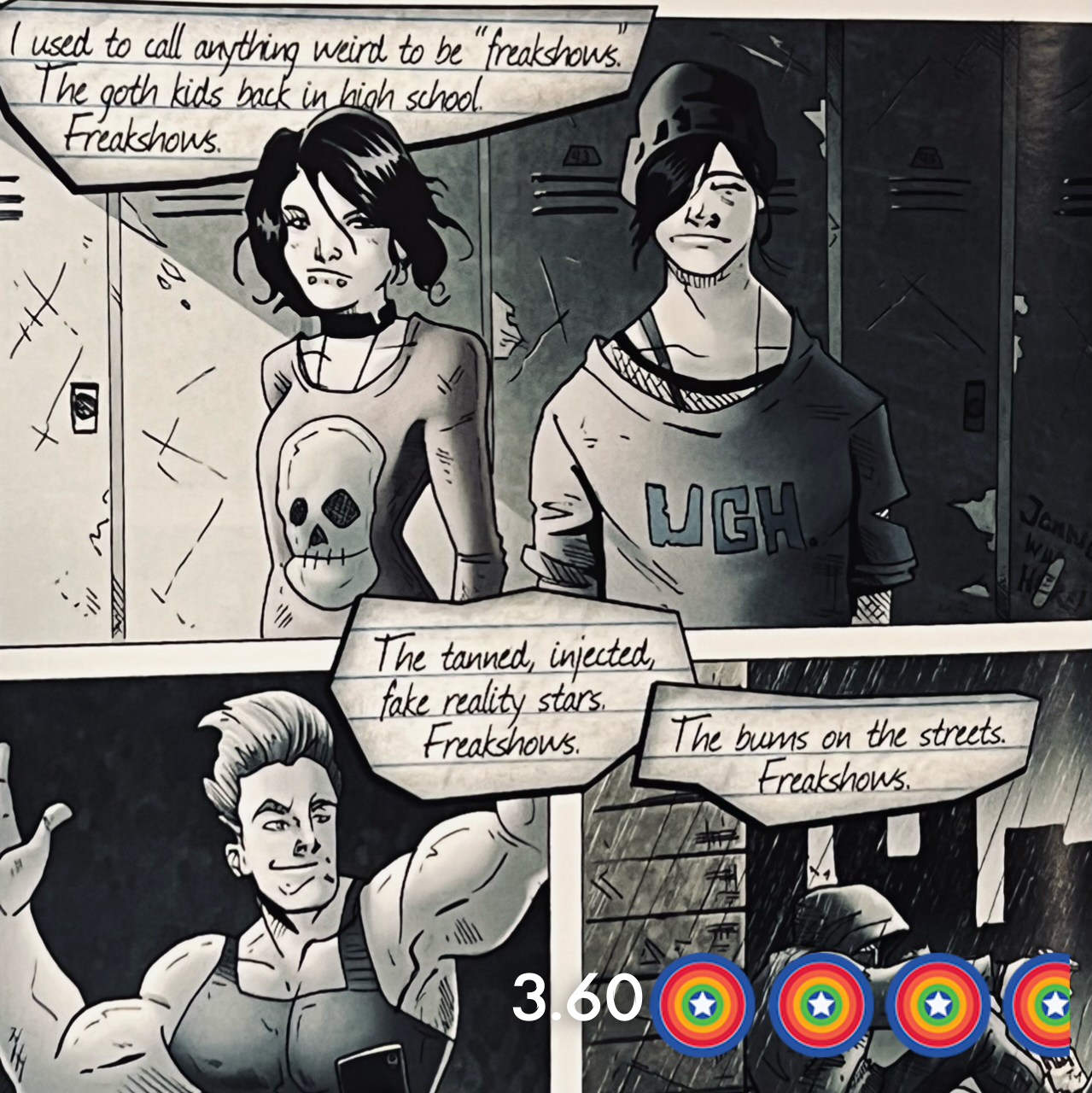 “Freakshow Kingdom” is an anthology that tells the tale of a zombie apocalypse. In the first story we see the trials and tribulations of a recovering alcoholic that is forced to shelter in place in a liquor store to avoid zombies. The second story is about a young woman trapped in her home because her husband never completed a project. The third story tells about a man living in the woods and keeping these creatures at bay on his own…. until an unexpected guest arrives.

“Freakshow Kingdom” made it’s way into the reading queue quite some time ago. It just took longer than anticipated for it to surface to the top.

Part of my delay was due to the fact that I knew it was a zombie anthology. While I don’t hate zombie stories they usually aren’t as high on my list as other genres.

“Freakshow Kingdom” has some similar aspects to other zombie stories. We have characters that are trapped in a location and forced to shelter in place. That is where similarities end. We get seamless transitions as we go from story to story. We get little details that make the  characters feel like real people. There’s an emotional connection with the characters that readers usually don’t get with a story of this nature.

I am very fond of the artwork on this cover. It reminds me of Theoden when he was under the control of Saruman in “Lord of the Rings: The Two Towers”. It’s vivid to the point of almost being frightening. I wouldn’t change a thing.

I liked how well the artwork meshed with the plot in all three of the stories. It pulls the reader in to the point that nothing exists but the book and what happens next.

As a geek on budget I believe “Freakshow Kingdom” is well worth the price of admission. You get three fascinating stories, good artwork, and terrific characters. It’s a perfect Halloween read!