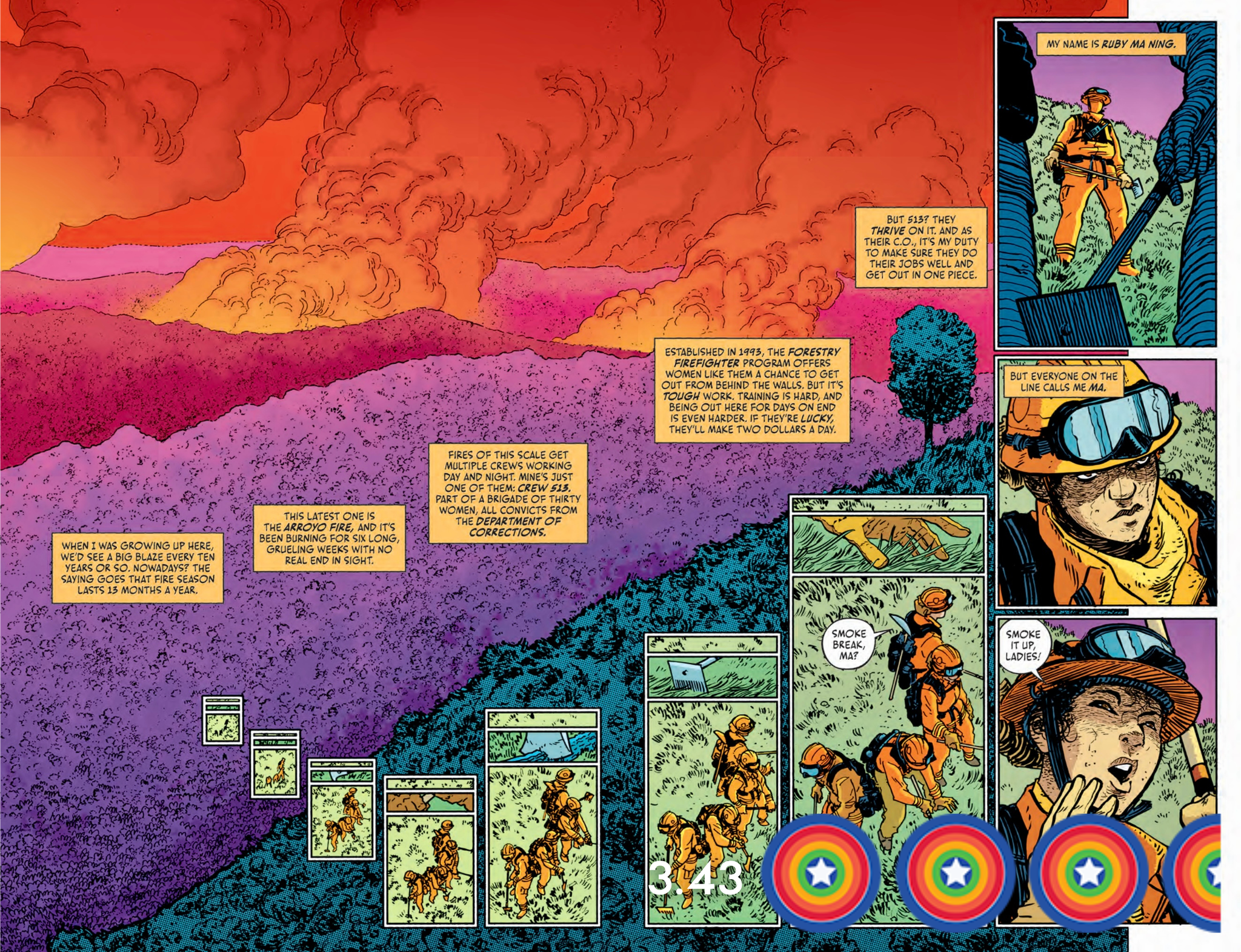 When a women’s prison work release program trains them to be firefighter’s and one of the convicted recognizes the area they are in. Knows the houses in the area that belong to the rich, as well as insider information to enter said house.  Do they use that knowledge to their advantage, or just stick to fighting the fire and return to their cell when it’s all done.

This story has interesting potential. Set in California during an authentic forest fire, a female fire chief watches over a group of convicted female prisoners that are trained and temporarily released to fight the Arroyo Forest Fire.

When one of them recognizes the area they are in, and knows about one particular house that she helped establish for a boss that got her thrown into the clink.  This story makes me feel like I am reading an episode of something that could mimic a storyline of Oceans 11.

Early on the story establishes what’s going on with the various characters, while it doesn’t go into a lot of detail about the past of the characters, it does show what they are dealing with at present. Including the CO that they call Ma. All in all it’s enough to establish an interest in the characters.

Having watched the various Oceans 11 movies as well as the Now you see me movies, I like the intrigue of the storyline.  With the seed planted I think that the “How did they do that?” Is something that could be captivating to the right person, and I personally am eager to read more!

The cover art itself is well done and eye-catching, showing a band of female firefighters as they stand in their gear and hold their equipment ready to fight the next fire.

The interior art is well done, it is a little gritty but only on the characters. Which makes sense as the story is about firefighters fighting a forest fire.  I think it highlights the situation of the fire itself as well as highlighting the characters as they are presented in the environment they are in. Blending the artwork and the story quite nicely.

Overall this story was a quicker read then I realized, having been completely immersed in the story. This aspect alone makes the story of the intrigue mixed with the art something that is a pleasure to read, and I look forward to more!

May the historical documents of the imagination always inspire! Thanks for reading!