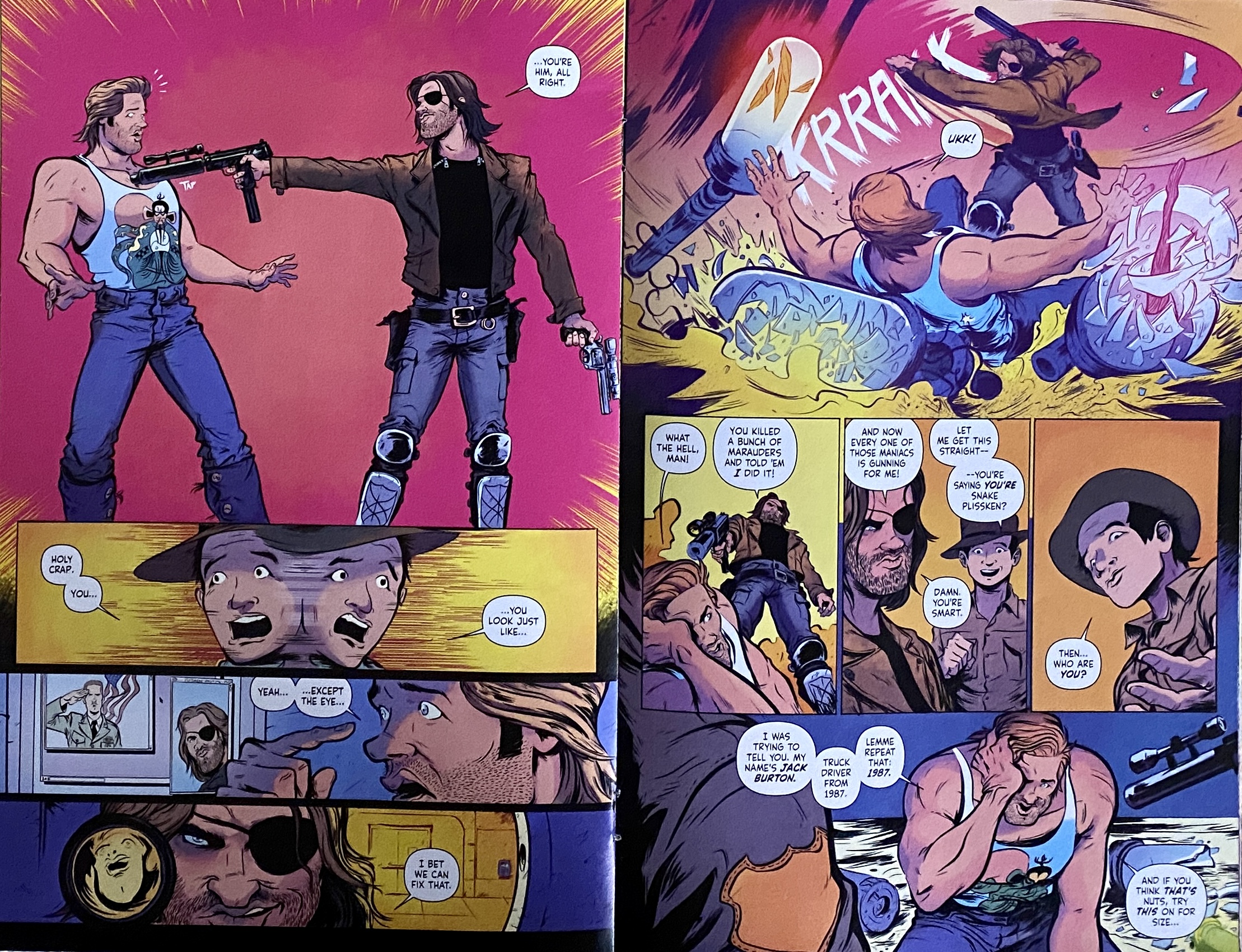 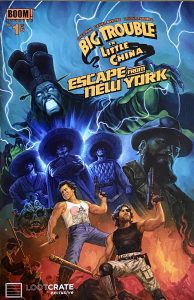 Book Description: This book is a mix of genres of Big Trouble in Little China and Escape from New York. Both great movies, but both have Kurt Russel as the star… In this story, see how those worlds collide!

Reviewer’s Notes:
The cover art is done well and could easily be done as a movie poster, highlighting in the background the basic plot of both movies!  Unless of course that you have not seen those movies. Then the cover might leave you confused about what the book itself is about!

The interior art is done well, but seems much more cartoonish than the cover itself.  The main characters of Snake Plisken and Jack Burton were played by the same actor in the movies, and like the cover resemble the actor well.

The story starts off just as the movie Big Trouble in Little China did, with Jack telling a story. The transition for how Jack enters the world of Snake Plisken is well enough, but seems a little sketchy in comparison to the escape movies. Unless you love the characters involved, it is also a little challenging to feel much for the characters. The comedy is good for Jack, and the attitude matches Snake, but what brings them together seems a little forced. But remains entertaining enough to be good for an initial read.

Overall the series has potential to flush out more of the characters involved. But once read, I am not sure it is worth picking up a second time.