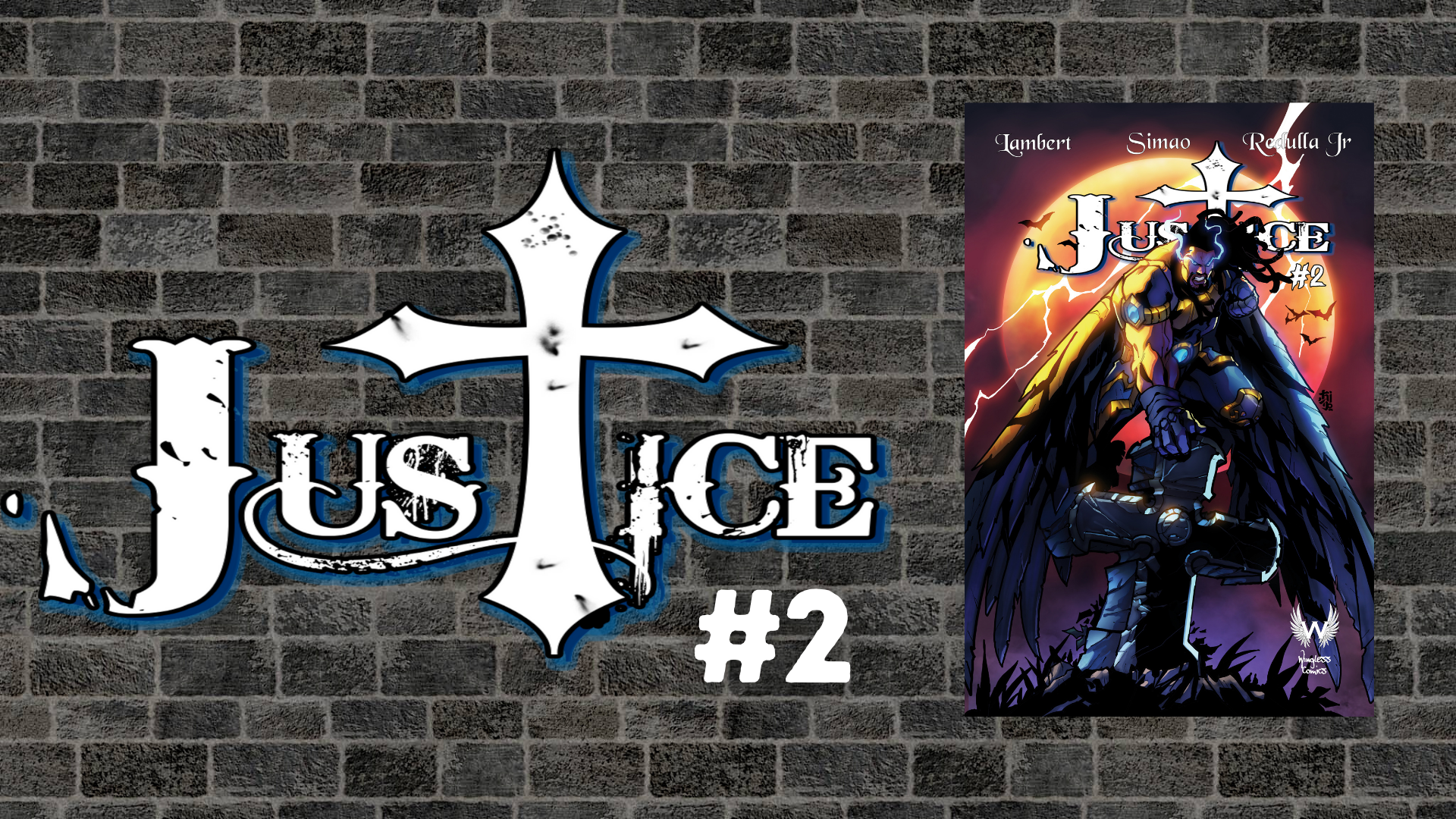 The ICD Team already reviewed a preview copy of Justice #2! Read it here!

FOR IMMEDIATE RELEASE: Wingless Comics, headquartered in Burbank, California, Launched Justice Issue 2 on Kickstarter on May 18th, 2021 to incredible support. Making its goal in the first 24-hours, the campaign has now raised over $5,000. Justice #1 debuted on Kickstarter in June 2020, raised over $8,000, and went on to win several awards for writing.

When last we saw Justice, he, Billy, and Malcolm were besieged by Children of the Night.  Justice’s quest to find the Voice of God takes a turn to the darker corners of the world as ancient evils conspire to keep him from his task. Complicating matters is Billy, an innocent bystander, caught in an arcane war she never knew existed.  Will Justice fulfill his mission, or are the forces marshaled against him too much to bear?

Justice battled through the Firmament to descend to Earth.  He’s quickly learning, that was the least of his troubles.

“In order to save Heaven, he’ll go through Hell!”

Returning to the towering structures and dark shadows of Las Sombras in this latest installment of Justice, is Kaliburn, everyone’s favorite rogue, in his backup feature.  Pick up where you left off, with a Hellhound barrelling down on our nonchalant demon hunter, who thinks business is (always) good.

Justice #2 is a full 22-page standard-sized comic with 2 additional mini-comics featuring Kaliburn and The S.A.B.R.E. Initiative, for over 30 pages of content.

Support The Justice #2 Kickstarter
Liked it? Take a second to support ICD on Patreon!