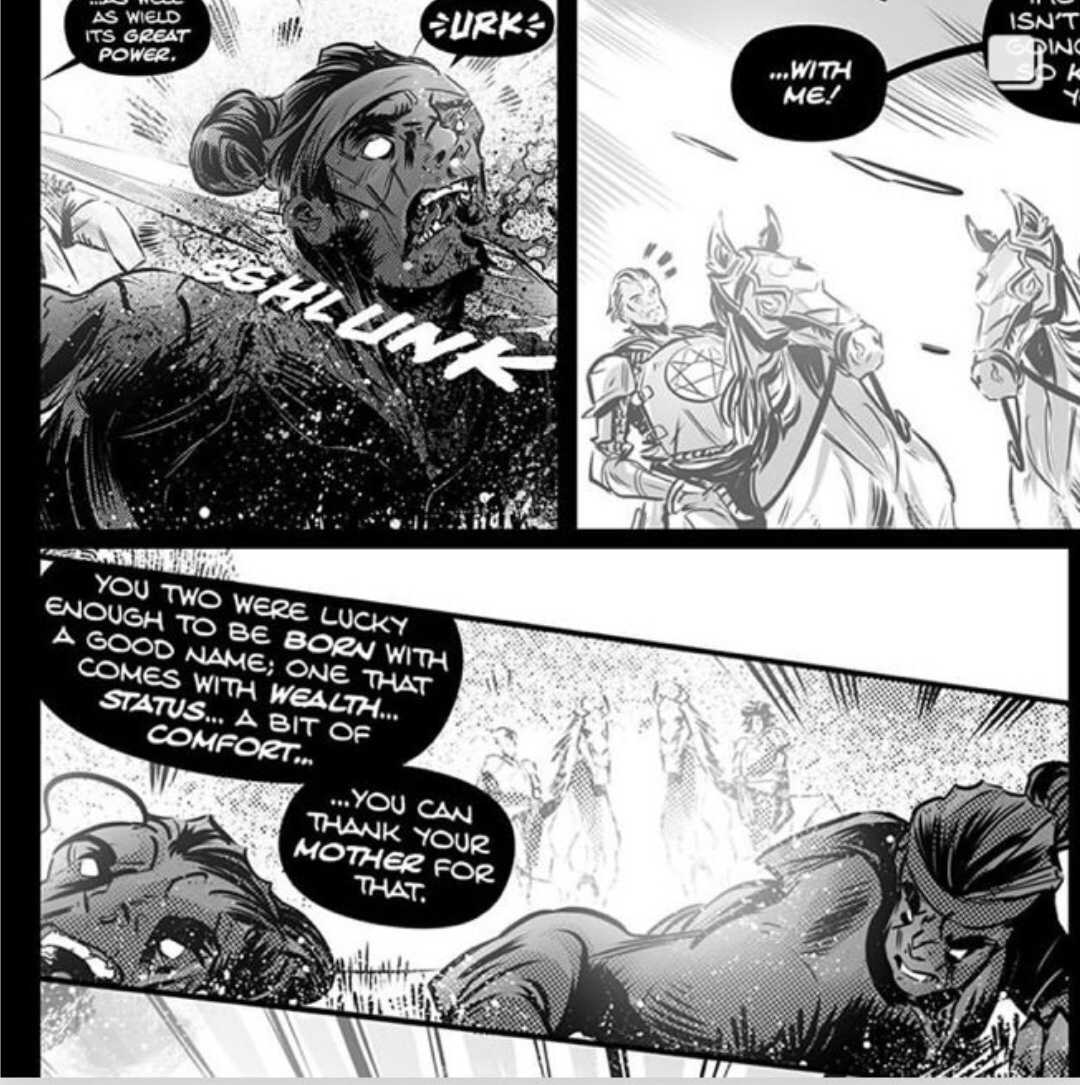 Ennead: The Rule of Nine is Jeff Johnson’s first graphic novel in the four-part Ennead series. Ennead will be launching on Kickstarter soon, but Jeff was kind enough to send me a 12-page sample to get a feel for the upcoming project.

First of all, what’s an Ennead? Well, thanks to Wikipedia:

The Ennead or Great Ennead was a group of nine deities in Egyptian mythology worshiped at Heliopolis: the sun god Atum; his children Shu and Tefnut; their children Geb and Nut; and their children Osiris, Isis, Seth, and Nephthys. The Ennead sometimes includes the son of Osiris and Isis, Horus.

That’s not to say that Johnson’s book is based completely on the historic Egyptian Ennead, but the concept is derived from there and Johnson makes it his own. Ennead is a fantasy epic full of magic and adventure. The short sample contains three stories that begin to open up the world that Ennead inhabits and the threads of these stories begin to weave together a bigger picture of this land.

Luke Horsman provides art for the book, and his art alone makes it worth getting this book. Each page is beautifully illustrated, the characters are well designed, and the story is ultimately enhanced by Horsman.

Johnson’s writing, character development, and dialogue are superb. He quickly introduces at least 9 characters in the first 12-pages, and the reader is never confused, nor does the dialogue ever feel stale. The opening pages of Ennead are quick and engaging, I was left disappointed when my preview pages ran out!

I am thoroughly looking forward to seeing the full first volume! If you’re a fan of adventure, fantasy, epics, Ennead: The Rule of Nine is for you! I’ve already followed the project on Kickstarter and will be backing when it launches! Ennead is scheduled to launch on Kickstarter toward the middle of October. You can head to Kickstarter now to get notified on Ennead’s launch (CLICK HERE). You can also learn all about Ennead and get some great preview art on the Ennead Instagram Page (HERE).

ENNEAD: THE RULE OF NINE, is epic fantasy, re-envisioned. Inside its pages you’ll find everything you’d expect to see in epic or high fantasy, while looking through the eyes of characters not traditionally highlighted in the genre.  It’s a graphic novel with a little of The Stormlight Archive’s world building, an added touch of GRRM’s penchant for describing feasts and killing characters, that’s filled with psionic Elves that would give Stranger Thing’s Eleven a run for her money. Issue # 1: Not Too Far From Home, is your entry point into this new, all-encompassing fantasy world.