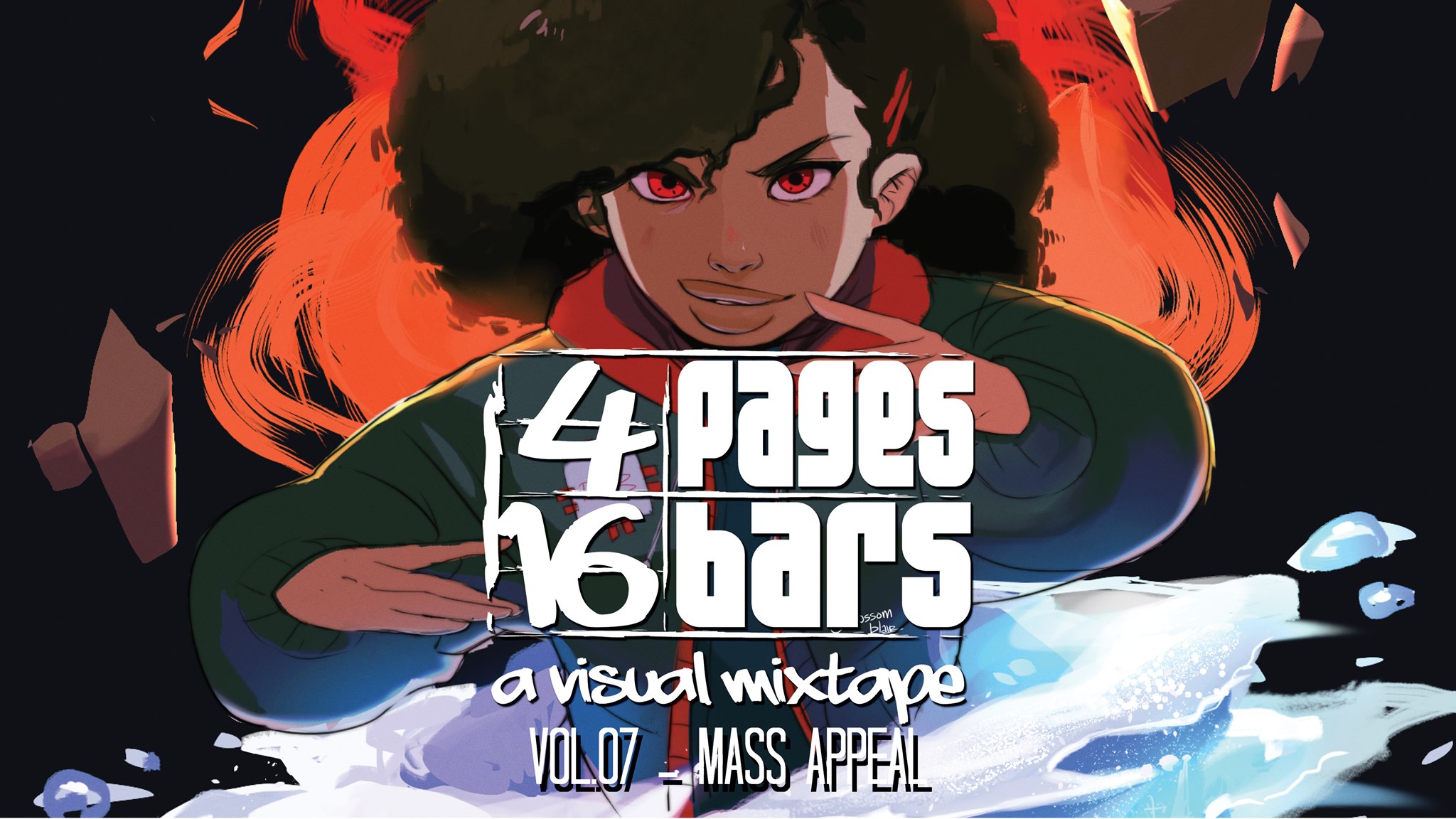 The 4 Pages | 16 Bars: A Visual Mixtape anthology series is a celebration of where true diversity exists in this industry. Curated by Griot Enterprises publisher Jiba Molei Anderson(The Horsemen), this anthology celebrates the work of BIPOC creators from mainstream to independent, webcomics to print media and everything in-between.

“In February 2014, I was invited to take part in a roundtable discussion on a podcast,” Anderson begins. “During that time, an almost annual discussion began on social media where many fans were clamoring for some sort of unified front. “Why don’t we have a new Milestone” or “We need some sort of magazine to let people know about us” were some of the most common statements. “

“We brought that topic up in the roundtable. We discussed the logistics and perceived difficulties of putting something like that together. I was the one who said that all one needed was the connections to the various creators in the game, the wherewithal to bring all these diverse personalities together, the technical and marketing acumen to create the product and a certain lack of ego to play a bit of a back seat in order to push the movement forward…”

“And, since I opened my big mouth, I knew that I had to be the one to make this thing happen…”