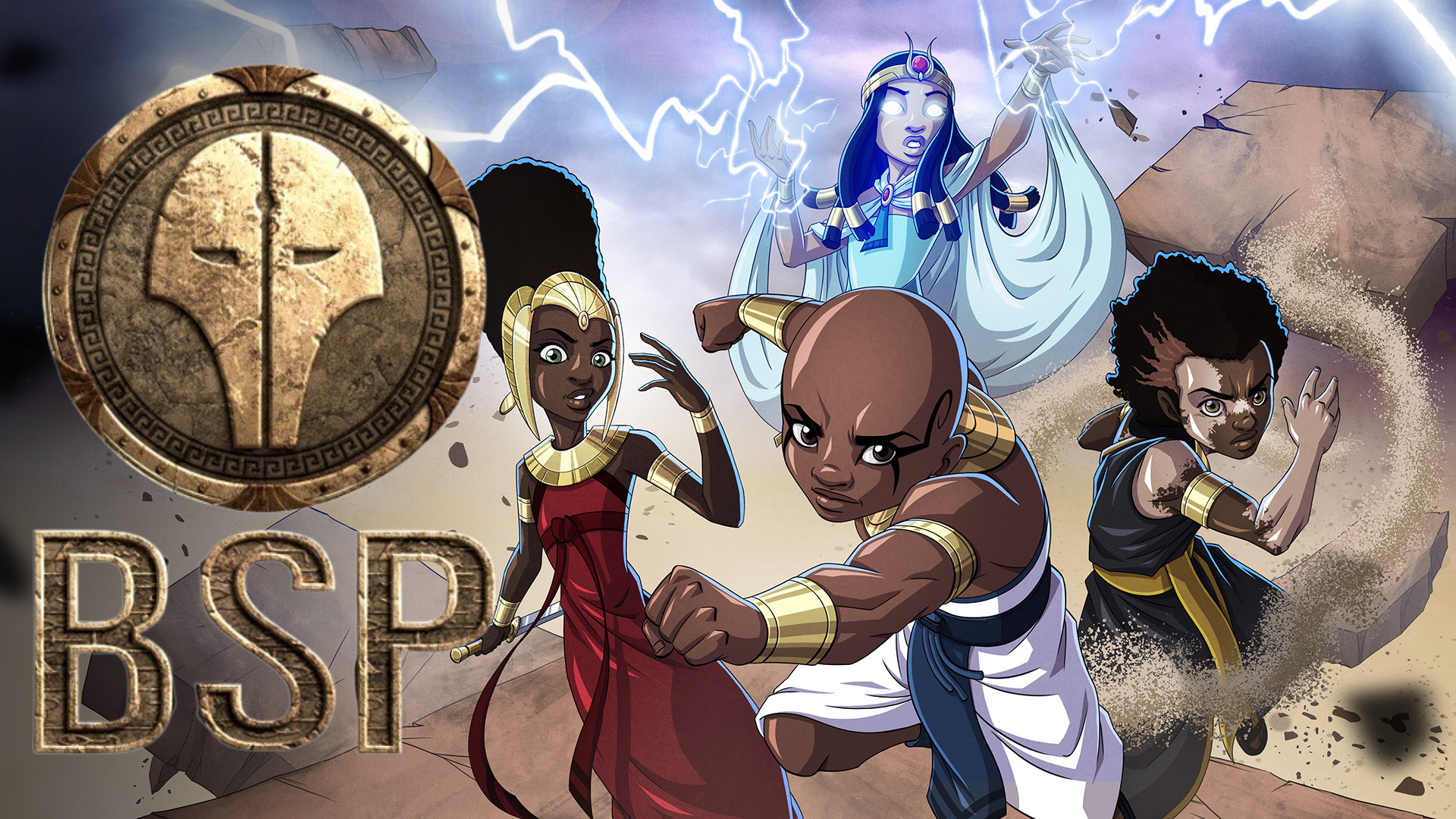 Let’s face it, the Black Sands Publishing App is changing the way Black and POC creators are gaining exposure in the crowded indie comic industry. Black Sands has over 40 titles on their app, the majority of which are original, unique, and well-told stories. Netflix, HBO Max, Amazon, and the rest of the streaming giants would do well to be paying attention and researching their next indie comic to movie blockbuster! Of all the titles on the app (other than the flagship Black Sands series) here is our picks for the first 5 that should be optioned as movies!

Being the Ace is not only about skills. To Agon, It also takes dedication and hard work. In this book, witness how he became the ace of wrestling. Muntu Warriors is a black-owned brand on superheroes inspired by African folklore and culture. Our goal is to show a new vision of our African heritage through fiction, action, and superheroes.

Muntu Warriors would make an epic, anime-style film series! With lots of stories and even more folklore to choose from, this is a franchise that could keep Hollywood busy for a while!

An Uber Driver finds himself caught up in the world of myth and magic after finding a strange bracelet left behind in his vehicle; this bracelet is one of the keys to unlock great evil and there are people who will go the distance to get this bracelet.

OK, maybe this one should be a series! I love this story and could easily see it as an 8-episode per season series on Netflix!

What else do I need to say?! This story would be amazing as either a series or a film franchise! Hmmmm… in fact, maybe our own Malachi Bailey should do a fan cast of it!

I seriously can’t decide if I want to see Delta Dogs as a series or a film franchise! This story is amazing and deserves to be developed one way or another.

Chayoma is a medieval epic fantasy series, filled with magic, awesome action, majestic scenes, and jaw-dropping storytelling. It tells a story of a girl born with special abilities but was coerced into evil by the political deceptions of her own people’s ruling class. She must go through several events to understand the gravity of her purpose while a very dangerous plan is about to befall all of the Kitara kingdoms of east Africa.

Chayoma, and really all of Peda’s series, could easily be the next Lord of The Rings size epic film series! I totally want to see this on the big screen with a blockbuster budget behind it!

Get The Black Sands App: